Letting go of my hand 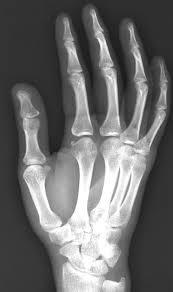 My husband tells people I have no self-pity. That’s not true. I just like to keep it to myself.

Here’s the situation: As the result of nerve damage in my right hand from a car accident 22 years ago, my left hand does all the work, even though I’m right handed. Nowhere is this more apparent than at the keyboard, where on the left all four fingers work together in a spirit of community, while on the right only the pointer finger even bothers to try.

For years I’ve chosen passwords that can be mostly typed on the left. I hope disclosing this doesn’t put me at risk.

More and more, my journal entries look like Twitter or Facebook posts, the character counts limited by the strokes of a pen. Maybe it’s not all bad, I tell myself. My writing is becoming more concise.

These tactics have served me pretty well, but then other things started happening. One day I looked down at my hand and it was all curled in—pronating, as they say. And the only reason I even noticed was that it had started hurting, almost constantly. I searched the house for the splint I used to wear, the one I had made the last time I saw an orthopedist. I remembered using it recently. Ok, maybe it was four years ago. When was the last time I saw someone about my hand? And when, exactly, did this limb get so curly?

That Carly Simon song has been running through my head: I haven’t got time for the pain. This seems literally true. I do not have time for this pain. Not in this hand. Not in what’s left in my lifetime, even if I live to be 100.

First the pain, then the acknowledgement of the curling, and then the pain/panic attacks in the middle of the night. Is this how it’s going to be for the rest of my life? If I can’t write, who am I?

In the morning as I make my coffee, I give myself little pep talks. This isn’t cancer. No one dies of hand pain. Look into voice-recognition software. Make an appointment with an orthopedist. Get a grip, if it isn't too much trouble.

At a fundraiser a couple weeks ago, I met the playwright and storyteller Kevin Kling. Birth defects left him with compromised hands, and then a motorcycle accident left him further disabled. His 2007 book Dog Says How describes his forays into using voice-recognition software to write. At the time it was published, I was 14 years past the car accident. I read the book in hopes of bonding with Kevin over our shared, horrible plight, and the fact that voice-recognition software sucks.

But as I told him at the fundraiser, his book didn’t give me that bonding moment I craved. I blamed his lack of self-pity. He smiled: "Ya gotta find the humor, ya know?” Yes, I nodded. He said voice-recognition software has gotten a lot better. Even Siri is pretty good, he suggested, or try Dragon.

I’m looking into it, trying to overcome my anxiety about writing out loud. For me, the act of typing letters on a keyboard or putting pen to paper is part of the writing process. It is the writing process. I’ve written hundreds, maybe thousands of pieces as a freelancer and in full-time gigs. In my spare time I’ve copyedited book manuscripts, written a memoir, and published a children’s book. I’ve written for causes I believe in and penned snail-mail letters to old-school friends. I applaud. I pray.

At the orthopedist's office I was issued a new splint and now wear it 24/7, as recommended. I may need a little surgery to reroute some tendons. I’m reading reviews of voice-recognition software. More and more, I’m using Siri to write emails.

I remember as a first grader, sitting in a small chair and looking up at the letters of the alphabet on the wall above me, so high. In the early years, they were print. Later, I was surrounded by cursive—the great mark of adulthood. Letters gave me words and words gave me expression. Did I really want to make a Q in the florid way it was depicted in my fourth-grade classroom? The S? The G? Maybe not, but that was the beauty of learning to write. You could make your handwriting your own.

In high school, I took calligraphy, writing others’ wise words using a fountain pen. In college, working at a book publishing company, I typed correction lines on a typewriter, choosing the font based on the author’s choice, a selection of font balls at the ready to be swapped out.

In my mind’s eye I can still see the script of my grandmother, my mother, my father. Each had its own distinctive signature. I would recognize them anywhere. My father wrote his grandmother’s noodle recipe on lined paper for me in the same no-nonsense script in which he wrote letters to me when I lived in Hawaii. His dry humor came through in the lines of the pen, the lines of his thoughts. They are inseparable. I have the family’s apple butter recipe in both my mother’s and my grandmother’s hand. They are the same recipe, but completely different.

Losing my right hand function is not the worst thing that could happen. I don’t have a life-threatening disease. It’s far less a tragedy than losing a child. But it is a loss, and I am running out of time. Not like I wouldn’t anyway, but still.