Advice from a professional writer: Write what you don't know 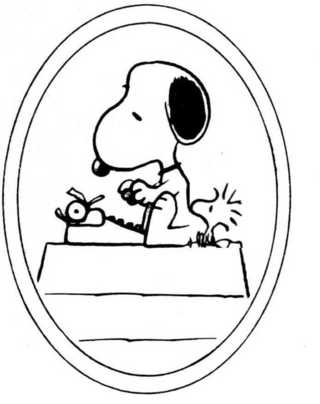 I only hope that as a writer I influence others as much as I influence myself. It started off innocently enough. During my first marriage and before I had kids, I landed a great gig writing honeymoon articles for Bride’s magazine. For six months, I traveled to various destinations in Mexico and Jamaica, touring hotels and discos, enjoying my private pool strewn with hibiscus at Casa Linda. Let me tell you: if you are in a so-so marriage and living in northern Minnesota in a leaky old house, being appointed the Lone Honeymooner is like a gift from the gods.

My Bride’s editor introduced me to a Glamour editor, who eventually took a job at Parenting. By that time, I had a couple of small children and was able to exploit my efforts at dressing them for winter (imagine the movie A Christmas Story) and spoon-feeding them their first semi-solid foods. None other than parenting expert T. Berry Brazelton suggested I should seek counseling for my need to have my son become potty trained on my schedule rather than his. (Thank you, Baby Grace, for picking out that particular microcassette tape from the stack of all others and systematically destroying it while Mommy was otherwise engaged at the computer. No one ever needs to know.)

The kids were practically paying for themselves. Then came the 2000s, my divorce from their father, and our move to the Cities. The freelance work dried up. It was clear I needed a regular job. I got one as editor-in-chief of a magazine for interior designers specializing in window treatments. Except, they wouldn’t like me calling them window “treatments,” which implied their windows had some sort of substance-abuse problem. But dammit, you cover your windows with something like vertical blinds and I say that someone is going to need therapy (namely, me).

After almost six years writing about shutters and combination treatments and judging competitions for the best-dressed windows, I was hired as editorial director of Children’s Home Society and Family Services. I loved that job, writing about childless mothers and motherless children and maybe contributing something toward balancing the equation. Then the recession hit and I was really lucky to land my current job as a health and wellness writer.

But this is what I mean when I say I hope I influence others as much as I influence myself. Just as I experienced my own version of honeymoons in Mexico and Jamaica, raised my children as if they were subjects in a parenting advice column, and chose window treatments based on the latest design trends touted by Hunter Douglas, I can’t write about health and wellness topics without taking them to heart. As I’ve written about topics from autism to caregiving to cancer to whatever, someone close to me has lived it. Sometimes it’s me. Maybe that’s the nature of health and wellness topics: they hit close to home. Granted, there have been many projects that have not affected me on a personal level. I’ve written video scripts on infertility and maternity having never experienced the pain of infertility and being past my prime in terms of maternity. But I’ve also written a series of so-called podcasts (narrated PowerPoint presentations) about losing weight, and in the process started eating smarter, exercising more, and a few months later my weight was down by 10 percent. It was like I was preaching to myself.

I keep thinking about one of my first assignments at this job, which was writing articles about incontinence. I was nervous the entire time, which can feel like an urgent need to pee. The mind-body connection can be intense, and as a writer it’s my job to tune into the experience I’m writing about.

I spent today researching an article about binge eating. To get a handle on the problem, it’s suggested you keep a food diary. Ok, so I had a breakfast burrito this morning, along with a generous side of fruit. At the time, I was feeling really annoyed and anxious following a long drive into the office. For lunch, I picked at the salad bar, disappointed they were out of naan and frustrated with my slow progress on the bingeing article. Back at my desk, as I Googled and pecked, I kept returning to the top drawer of my file cabinet, where I keep healthy snacks (as I advised in one of the so-called podcasts). I wondered at one point, am I eating these almonds mindlessly? No, no. If you’re thinking about it, then you can’t be mindless. But I am eating, even though I’m not technically hungry.

But progress has been made and should be accounted for in the written word: The children are almost grown. The windows are frosted black holes in the darkness of winter. I’m ten pounds lighter than I was a year ago. And I am not writing about incontinence, at least not today.