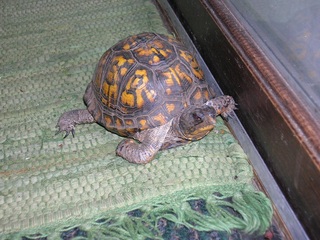 You know that dream where you think you’re awake and almost ready for your day? You’ve already gotten out of bed, had a shower, made sure the kids got something to eat, drank a cup of coffee, and wondered why your husband left all the windows open so that the confetti from last night’s street celebration now covers the furniture and the floor. And then you’re surprised when the real alarm goes off and you have the whole getting-ready-for-work thing ahead of you. The surfaces of your home are not scattered with confetti. In fact, that should have been the first tip off that you were dreaming. There was no party in the streets last night, and your husband would never be so irresponsible as to leave all the windows open in January.

A few months ago I read an interview with Marc Ian Barasch, who strongly believes we should pay more attention to our dreams. He says dreams are “advocates for the soul” and can even save your life. I was convinced. Until then, my habit was to shut off the alarm the moment it beeped and fire up my personal handheld device and laptop on the way to the bathroom. Which one will fetch the New York Times faster? Which will win the race to deliver Facebook updates from my night-owl friends? But now I try to wake up more slowly, to linger in my dreams a little longer and figure out what they’re trying to tell me.

So that’s why I remember what has been kind of a recurring dream theme over the years. I used to regard the getting-ready-for-work dream as an annoyance, like watching a rerun of a sitcom you never cared for and then realizing that you have to watch it again for some reason. But when I think of that dream in the context of others I’ve had lately, I realize that my soul is trying to tell me something. Apparently the committee in my head is feeling a lot of anxiety about getting things done, and making sure everyone’s taken care of. And also, they’re wondering, why has confetti come to represent a mess to be cleaned up rather than a symbol of fun and frivolity? You need to enjoy life more, and bring Keith with you.

Churchy the three-legged turtle came out of hibernation for a while today. Keith took Churchy out of his terrarium and the turtle headed straight for the sliding-glass doors, beyond which lies his summer garden paradise. After drinking a ramekin of water, Churchy stayed there for a couple hours, looking longingly at the yard, until it started snowing.

“I think that sometimes his dreams wake him up,” Keith said. “He dreams it’s spring and he wants to get out in the garden.”

It’s the first time I’ve thought about what an active hibernation Churchy might be having, a veritable life of the mind. He too has a committee in his head with an agenda and to-do list. But his committee imagines sun-gold mini tomatoes raining down like New Year’s Eve confetti. No wonder he wakes up on a January morning acting a little hung over.